I am finally making time to write my next post – sorry for the delay!

Sunday, April 16, 2017
It is Easter Sunday, and as it is a holiday with many places closed or on reduced hours, I took the time this morning to wander about a few places.  One place I wanted to see was 221b Baker Street, home to the great Sherlock Holmes. I had chosen not to visit inside – reviews warned that many were disappointed after paying the steep admission cost and it might only be worth it to the true die-hard fans. While I enjoy a good mystery and have respect for Mr. Holmes’ detecting feats, I am satisfied visiting the outside of his flat. 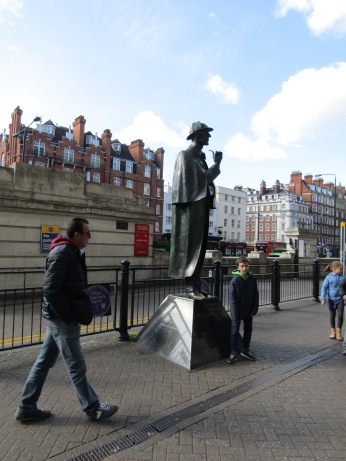 221b Baker, with a long line waiting for the doors to open in an hour’s time. Up the street stands a statue of Sir Arthur Conan Doyle’s fictitious detective.

I then continued on down to the infamous Selfridge department store and enjoyed looking at their window displays.

It was then time for the Wallace Collection to open for the day. Located in the grand Hertford House in the middle of London (Marylebone district) is a beautiful collection of paintings, armor and weaponry from around the world, furniture, and amazing historical pieces. When Lady Wallace passed away in 1897, she left the entire estate to the nation to become a museum, free to the public. If you ever find yourself in London, I highly recommend it. I enjoyed it more than most of the other museums I visited, I think because of its location in a private home that is a work of art in itself. A person could spend much more than the 2 1/2 hours I was there to really study everything in detail, but my time was limited. 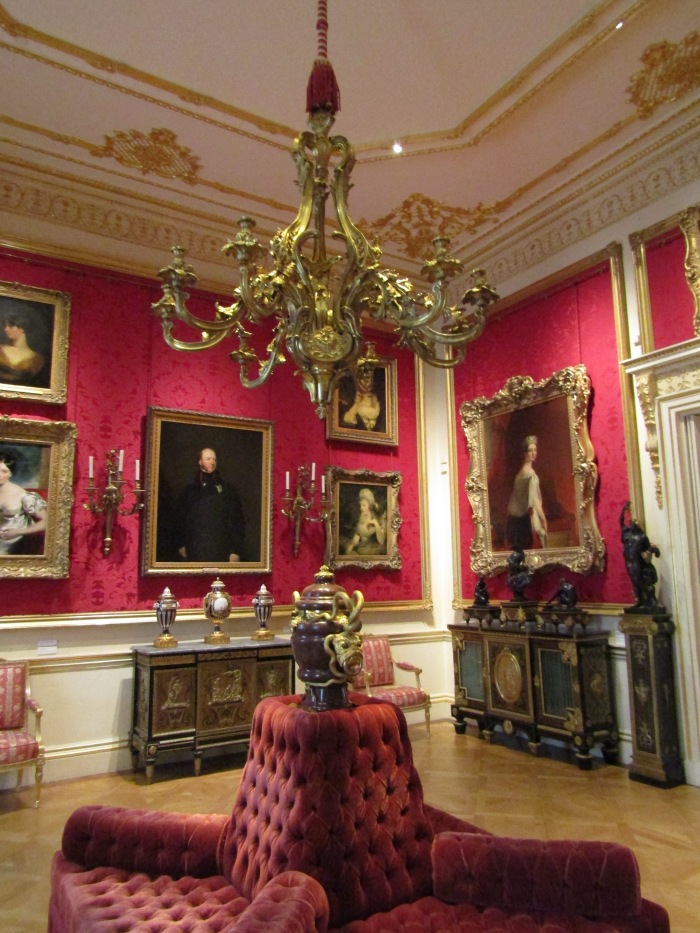 I paused for a quick lunch from Wasabi which I ate on a bench outside of St Paul’s Cathedral in the sunshine (along with some dairy-free Easter chocolate I found!), then walked up to the Museum of London. This museum gave a very rich and interesting history of the city through the years, starting before it even was a city with its original inhabitants and continued through Roman, Anglo-Saxon, Viking, Danish, medieval, renaissance, industrial, and modern eras. They kept the focus on what was happening to the city as it changed and evolved from the effects of major events of the world. I thought it very well done for all age groups and interest levels. I could have spent a lot more time here as well! 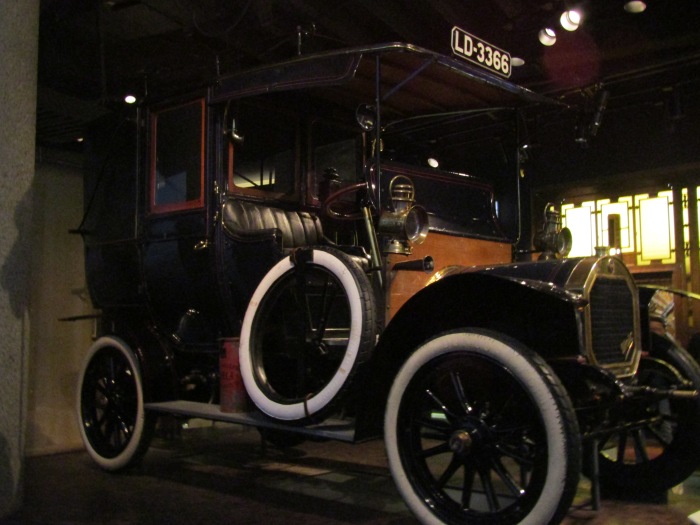 There were also personal accounts of people living through The Blitz during WWII that I sat and listened to for awhile. The bombing took out many of the old buildings in the City of London, which is why there are so many modern buildings in that part today.  One person was reflecting about St Paul’s Cathedral, that even with the bombs falling all around it, it only received minor damage. It became a symbol of hope to the people.  If St Paul’s could still stand despite the bombing, the fires and devastation, then so could the people.  They wouldn’t give up. They could keep on fighting.

I paused my tour of the museum to walk back down to St Paul’s for evensong. I enjoyed the choir’s voices, but the style of organ-playing wasn’t my favourite. No photography was allowed there, so I don’t have any pictures to share of the beautiful interior of the building.

On my way back to the museum, I took the opportunity to see London City’s guildhall built in the early 1400’s. In both the Great Fire of 1666 and the Blitz in 1940 it lost its roof, but the main structure has remained.

Back at the museum I continued my tour until closing. I had originally planned to spend the next hour or so walking the path of the city’s ancient wall from the museum down to the Tower of London but my feet were wore out.  I viewed a few sites that were nearby. Here is one of them:

Then it was on to supper at Wagamama – a Japanese chain.

I had reservations that evening for the Sky Garden – a free view of the city from 155 meters (508 ft) in the air. It was a bit of a pain making my reservations – the website isn’t very user-friendly – but I was glad I succeeded.  What a spectacular view from all 4 sides of the building! The weather was accommodating so I could see many of the places I had visited during my time in London.

I was allowed an hour to enjoy the view but I wanted to be settled into my room before it grew too late, so I headed home with my mind full of all I had seen that day.