My visit to the UK is flying by! I took the opportunity of the early morning to explore a few more streets of Bath and had my breakfast compliments of Marks and Spencer before the touristy places and most shops opened for the day.

The Roman Baths opened at 9am and already there was a long line. I had purchased my ticket as part of a package with the Museums Saver ticket the day before so I was able to skip the line. Whenever going somewhere, it is well worth it to do a little research ahead of time and buy your tickets in advance if possible! At the Roman Baths I learned about what life was like in Roman times, especially here in England. There were many artifacts found here from the time, showing daily life.

A little more wandering about the city before I caught my bus back to the Bristol train station: 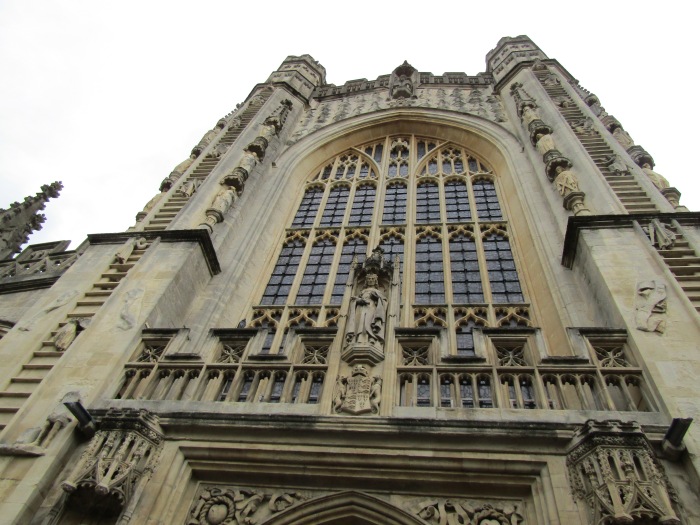 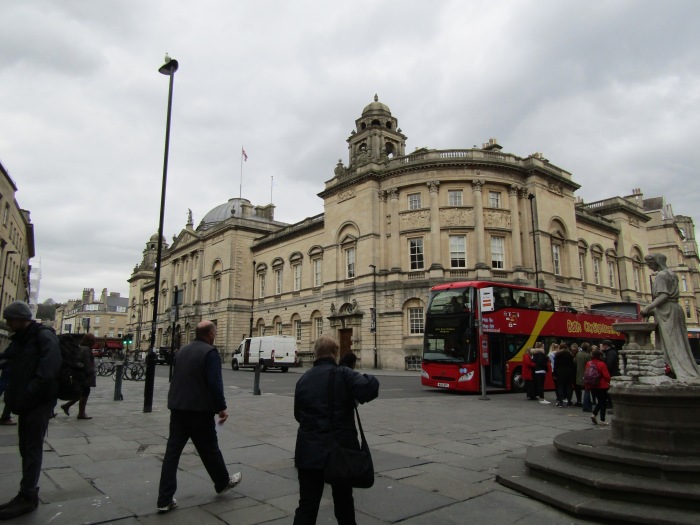 Having a centrally located hotel meant I could leave my back-pack there that morning until it was time to check out. A real help, as it was starting to get heavy with a few souvenirs. I took the train from Bristol to Windsor and had to make several train changes, but train travel is so very easy it was no problem at all. Arriving at Windsor, the line up to see Windsor Castle stretched down the street and if I had not bought my tickets in advance, it would have closed before I had time to reach the front of the line. It was so nice to walk up to the front, go through security and collect my audio guide, and start right in my tour. 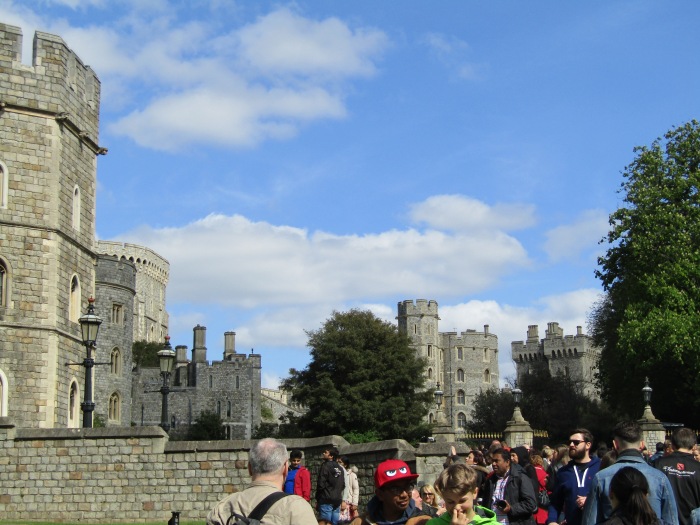 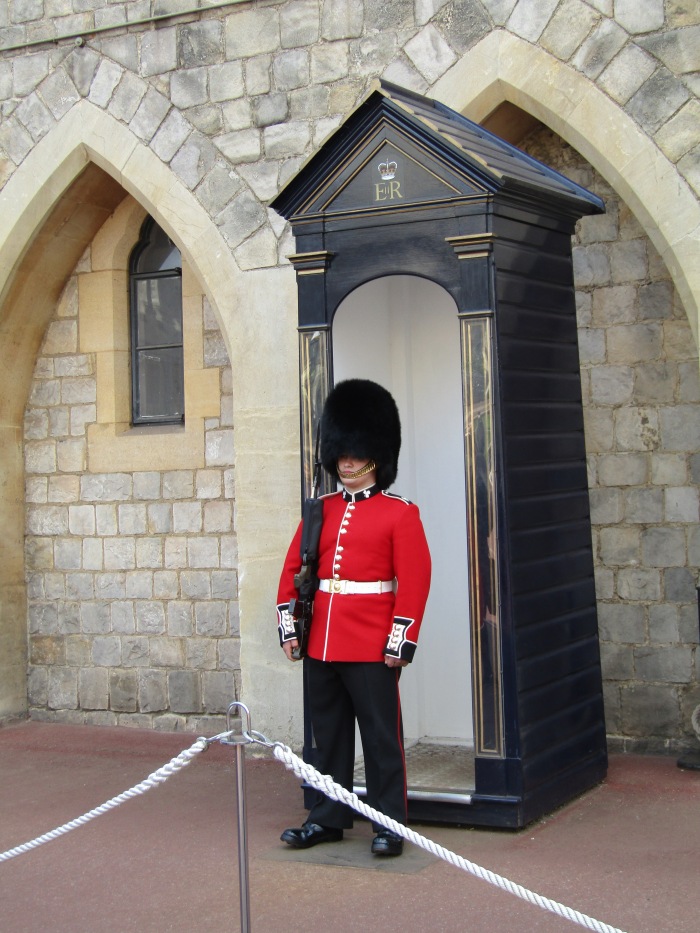 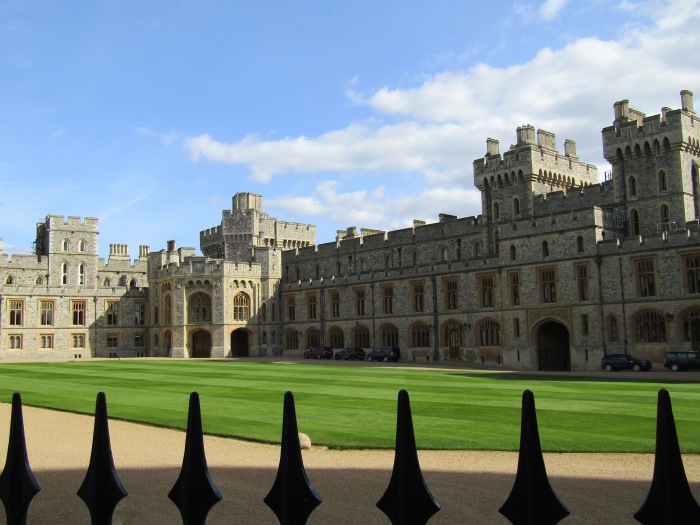 I also took the time to wander a little through the town. Note the narrow blue building on the right!

Then it was time to take the train back to London that evening. I was looking forward to having a chance to sit on the train and rest my feet; I had been carrying my backpack since 11am by this point. Boarding the train at Reading, there were no seats available and I had to stand the whole way to London. Once there, I found my subway train to Hammersmith where I was to stay at Comfotel Blu for my last 2 nights. After giving my feet a short rest, I walked down the street to a nearby Nandos – a South-African/ Portuguese restaurant chain specializing in chicken. I knew they had a book listing all their ingredients and allergens so I would be able to find something dairy-free. Both the hotel room and the restaurant were adequate enough, and reasonably priced. I was a little put off by some black mold in the hotel room’s shower, but the rest of the room seemed clean enough.