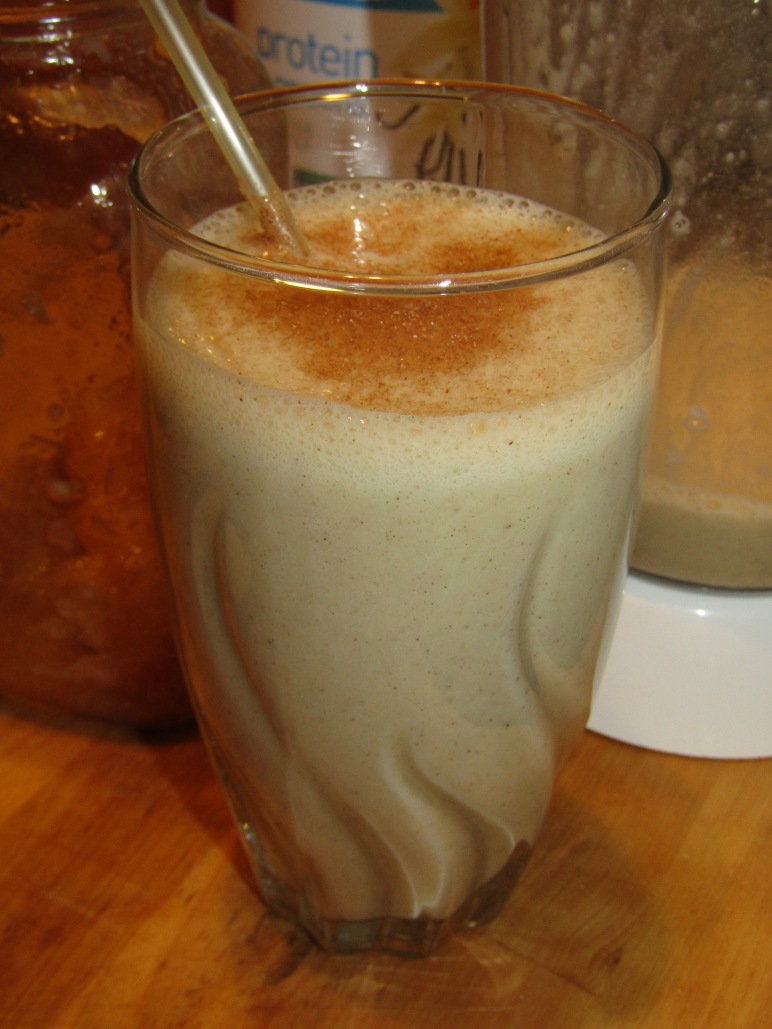 After picking so many apples from my grandmother’s tree (see previous blog – Unexpected Blessings), I’ve been scrambling to find ways to use the apples. I’ve made 2 batches of juice so far, canned apple pie filling, applesauce is on my list still to make, and I’m going to try drying apple slices for the first time. Of course there was apple pie for Thanksgiving, apples for eating fresh, and to be added to other baked goods. (I think a loaf of apple breakfast bread is going to have to be next.) So while the world has been going crazy with their pumpkin spice everything this fall, I have been all about apple spice! It has even made its way into my smoothies.

Now, this isn’t really one of your “healthy” smoothies, per se, but all in all it isn’t really that bad for you – consider it a healthier version of dessert instead.   I had some extra of my canned apple pie filling left over that I have refrigerated. You can also use apple pie filling purchased from the store (probably a little more unhealthy) or  you could mix together some sliced apples, sugar, and cinnamon and cook it down a little to achieve the same effect. (Personally I would microwave stirring every minute until the apples are softened and releasing their juice and the sugar dissolved.)  You could even just throw fresh peeled apple chunks with sugar and cinnamon straight into the blender if you really were looking for quick and easy, I just don’t think it would taste quite the same.  If you are going the dairy-free or vegan route – make sure your protein powder is not the regular whey-based kind! 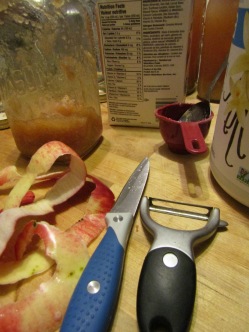 Will make one large smoothie or 2 small if you’re willing to share. Nutritional information is based on drinking it all yourself.